Milford Municipal Utilities uses West Lake Okoboji as its source to supply the City of Milford with quality and reliable water. Approximately 189,446,000 gallons are pumped from Brown’s Bay annually and sent 2 miles to the water treatment plant for processing. 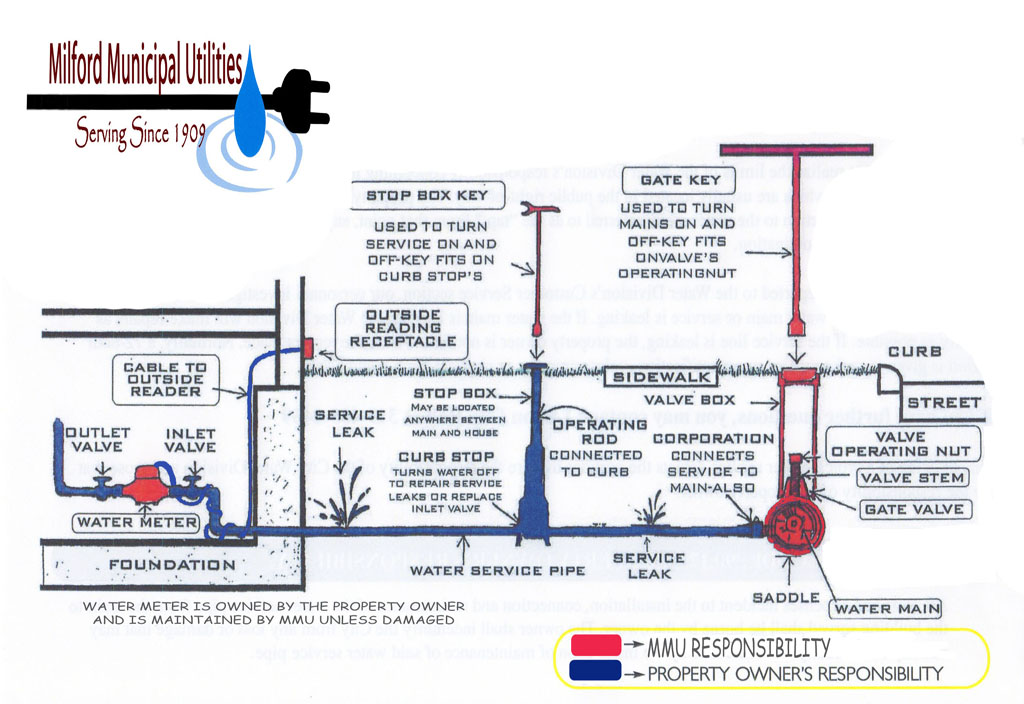 1910 – A Water Plant and tower were installed on the south east corner of Okoboji Avenue and 6th Street.  The well was a shallow sand point well.

1912 – The shallow well became inadequate and a 300 foot well was drilled.

1915 – An 8″ intake was installed with a wooden tower structure surrounding it.  Sand Cribs were used to filter the water.

1923 – A new, more efficient pump house was built at a cost of approximately $4,000.  The new plant was expected to be 90% efficient, whereas the old was only 68% efficient.  The pumps only had to lift six feet instead of twenty-one and burned crude or kerosene.

February 14, 1935 – An election took place which placed the management and control of the Milford Water System in the hands of the Board of Trustees.  The Board consisted of three members.

1938 to 1942 – Planning began for a new pump house using a PWA grant.  Construction was completed in 1942 at the location of the current pump house in Brown’s Bay.  From 1942 to 1979 the water was taken out of the lake, chlorinated and pumped into the 45,000-gallon water tower and to the homes with no filtration.

1957 – A 10″ intake was installed and is one of the intakes currently being used to service Milford.

1979 – The Milford Water Treatment Plant was built along with a 250,000-gallon underground storage reservoir.  Anthracite carbon and sand filtration was used.

1993 – Milford started using the coagulation capabilities in the sedimentation tank.  Coagulation attracts microorganisms found in water which eventually sinks to the bottom of the tank and is cleaned out periodically.  This also reduced our turbidity (an increase in clarity).

July 1996 – The Board of Trustees was increased from three to five members.

2005 – The pump house was rebuilt and the main control panel was moved to the 2nd floor for flood reasons.  Two 40 horse supply pumps and motors were replaced with 125 horse motors and pumps which pump 1300 gallons per minute each.  Sixteen filter operational valves were replaced in the water plant.  A Dakota well was added for emergency backup and aquifer storage recover capabilities.  The SCADA system was also installed.